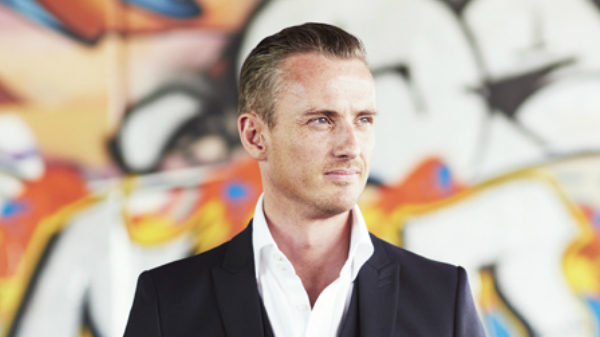 The 38 year old British conductor took the position of Music Director of Canada’s national orchestra in 2015 and since then the orchestra has embarked on some remarkably ambitious projects.  Shelley’s first move was to commission four new works for the program Life Reflected.

Alexander Shelley succeeded Pinchas Zukerman as Music Director of Canada’s National Arts Centre Orchestra in September 2015. The ensemble has since been praised by the Ottawa Citizen as “an orchestra transformed […] hungry, bold, and unleashed” and Shelley’s programming credited by Maclean’s Magazine for turning the orchestra “almost overnight […] into one of the more audacious orchestras in North America.”

Born in London in October 1979, Shelley, the son of celebrated concert pianists, studied cello and conducting in Germany and first gained widespread attention when he was unanimously awarded first prize at the 2005 Leeds Conductors Competition, with the press describing him as “the most exciting and gifted young conductor to have taken this highly prestigious award. His conducting technique is immaculate, everything crystal clear and a tool to his inborn musicality.” He has been Chief Conductor of the Nuremberg Symphony Orchestra since September 2009 where he is credited with transforming the orchestra’s playing, education work and touring activities. These have included concerts in Italy, Belgium, China and a re-invitation to the Musikverein in Vienna.

In January 2015 he assumed the role of Principal Associate Conductor of London’s Royal Philharmonic Orchestra with whom he curates an annual series of concerts at Cadogan Hall and tours both nationally and internationally.

Described as “a natural communicator both on and off the podium” (Daily Telegraph) Shelley works regularly with the leading orchestras of Europe, North America, Asia and Australasia. This season sees him returning twice to Leipzig’s Gewandhaus Orchestra, as well as to the Orchestre de la Suisse Romande, DSO Berlin, Hong Kong Philharmonic and the Frankfurt Radio, Gothenburg, Melbourne and New Zealand Symphony Orchestras. Forthcoming debuts include Bergen, Helsinki and Warsaw Philharmonic Orchestras and the Sao Paulo Symphony Orchestra.

In January 2017 he again leads Germany’s National Youth Orchestra on an extensive national tour, with performances in the Philharmonic Halls of Berlin (broadcast live on Digital Hall), Cologne and Essen, as well as Hamburg Opera and the Semperoper Dresden. This follows a similar tour in 2014, which included a collaborative concert at the Baden-Baden Easter Festival with Sir Simon Rattle and members of the Berliner Philharmoniker.

Possessing an “uncanny gift for looking past but not indiscriminately discarding accumulated traditions and forming his own interpretations of familiar pieces” (Voix des Arts) Shelley’s first recording for Deutsche Grammophon, an album with Daniel Hope and the Royal Stockholm Philharmonic, was released in September 2014. Shelley’s second recording for Deutsche Grammophon, “Peter and the Wolf in Hollywood” is a brand-new adaptation of the Prokofiev children’s classic recorded with the Bundesjungendorchester. Available as both an album and app, it also features in DG’s ground-breaking interactive digital storytelling project, developed with the celebrated New York production company Giants Are Small.

Shelley enjoys a close relationship with the Deutsche Kammerphilharmonie Bremen, with whom he performs regularly both in their subscription concerts and around Germany. In 2013 he led the orchestra on tour to Italy with a signature programme of Strauss, Wagner and Brahms. He is Artistic Director of their Zukunftslabor project – an ECHO and Deutsche Gründerpreis winning series which aims to build a lasting relationship between the orchestra and a new generation of concert-goers through grass-roots engagement and which uses music as a source for social cohesion and integration.

Through his work as Founder and Artistic Director of the Schumann Camerata and their ground-breaking “440Hz” series in Düsseldorf during his studies and through his leadership of outreach projects in Nuremberg, Bremen and Ottawa, inspiring future generations of classical musicians and listeners has always been central to Shelley’s work. He regularly gives informed and passionate pre- and post-concert talks on his programmes, interviews and podcasts on the role of classical music in society and has a wealth of experience conducting and presenting major open-air events. In Nuremberg alone he has, over the course of eight years, hosted more than half a million people at the annual Klassik Open Air concerts – Europe’s largest classical music event.