Tenor Michael Harris was born in London, England, completed his Bachelor of Music at the University of Manitoba in Winnipeg, and earned an Advanced Performance Diploma with Distinction at the Royal Welsh College of Music and Drama in Cardiff. 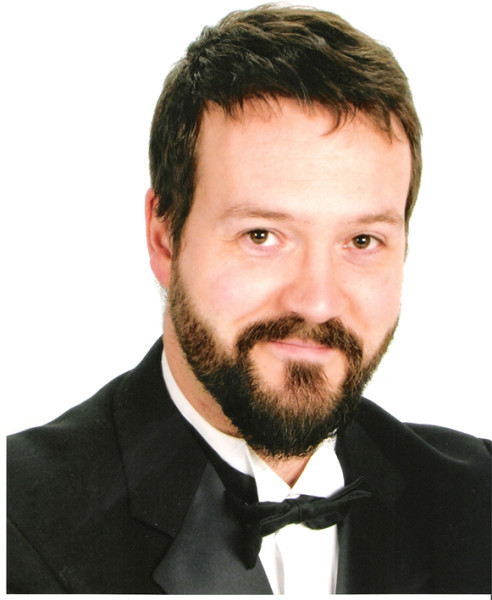 Saskatchewan performances have included Handel’s Messiah, Haydn’s Creation and Clausen’s A New Beginning, Britten’s Serenade with the Prairie Virtuosi, the SMFA Centennial performance of Sterndale Bennett’s May Queen in Regina, and has toured with Saskatoon Opera Association in the production of Purcell’s King Arthur, as Lancelot. He has performed many roles through the years with the Saskatoon Opera Association, and most recently in the November production of Merry Christmas, Stephen Leacock, in the eponymous role.

In addition to his operatic and oratorio performances Michael has been a President of the Saskatoon branch of the Saskatchewan Registered Music Teachers’ Association. He currently resides in Saskatoon with his wife Taunya and children William and Branwen, where he maintains a voice studio.

He has been a soloist at various Gustin House concerts, performing such works as Schubert’s Winterreise and Finzi’s Dies Natalis – and most recently Schumann’s Dichterliebe. Michael has been a featured soloist in many SSO concerts, including that of Beethoven’s 9th Symphony, and is thrilled to take part in this performance of Mozart’s Requiem.